Skip to content
Trending
How to Make Your Own Custom Printed Lotion Boxes?
The Pros and Cons of Vitamin Supplements
4 Tips To improve your sleep in 2022.
Depression: What Should You Do?
Health is Wealth – The Benefits Of Health Supplements
Yoga Cure Old Diseases and Safe to Make Your Self
Ignoring local search engine optimisation is definitely at your own risk!
Challenging Treks in the Indian Himalayas
Top 5 Treks in Himachal
BHANDARDARA CAMPING
Home » Kodachadri Trek – All You Need to Know About it

Kodachadri Trek – All You Need to Know About it 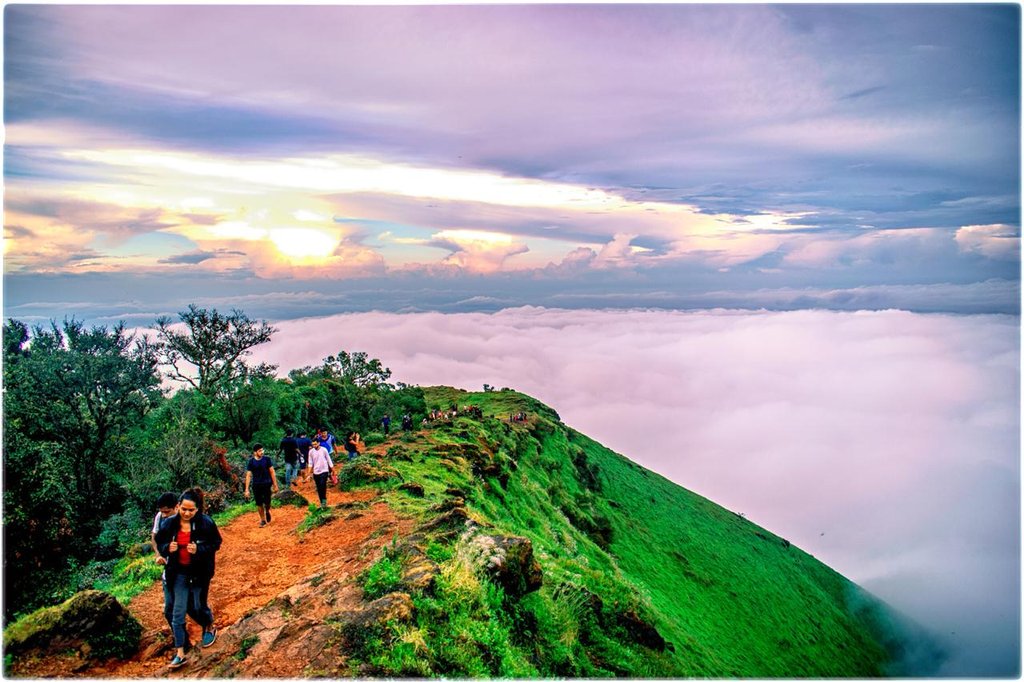 Located deep in the mountains of the Western Ghats in the district of Shimoga, in the state of Karnataka, it holds its place as the tenth highest mountain peak in the Indian state. Kodachadri is home to an abundance of lush green forest trails that run through dense tropical forests, mesmerizing waterfalls and picturesque landscapes that will leave you speechless. Nestled in the beautiful Mookambika Wildlife Sanctuary, it makes up a perfect backdrop for the Moola Mookambika Temple, which is believed to be the birthplace of the Goddess Mookambika

One can even catch a glimpse of the beautiful sunset into the Arabian Sea from the peak of this hill which is truly an enchanting experience; a combination of mountain and ocean, that only a handful of peaks in the country can boast of.

Moderate (No prior experience required for the trek)

From Bangalore to Kodachadri

The distance between the city of Bangalore and Kodachadri Hill is approximately 420Km, it takes almost 9 hours of travel by road. And buses are available for travel as well.

From Mumbai to Kodachadri

The distance between Mumbai and Kodachadri is some 780 Km which clocks around 15 hours of journey.
If you are in Bangalore you can also see Kudremukh Trek as it is also one of the most amazing trek of Bangalore.

From Hyderabad to Kodachadri

The distance between Hyderabad to Kodachadri is almost the same as Mumbai as it is around 744 Km away with a journey of almost 15 hours as well.

Places to look for at Kodachadri

As the majority of tour guides will point out for you, there are a total of 5 milestones that you need to look out for on the trail to Kodachadri.

The first is an open field meadow that appears out of thin air amidst the thick forest walkways. After numerous paddy fields, the trail leads up to a petite house where a special surprise awaits every traveler and trekker that makes their way to the trek. A little spoiler though, this marks the beginning of the challenging part of the trek.

The second is the much-awaited Hidlumane Falls, a combination of seven different waterfalls, and as you walk up the hill, you will realize that each of them is an adventure on its own. However, your efforts will be rewarded with spectacular views of the main waterfall gushing down on you from a height of over 60 feet! The feeling of cold and freshwater cascading over your fatigued bodies will feel like therapy, to say the least. Make sure you refill your water bottles here as you are going to need the freshness of this water for your trek ahead.

An almost perpendicular climb on the front face of this pathway over tree roots and slippery rocks from the mesmerizing Kodachadri Falls leads to the steep meadows that eventually end up on the top of the first peak you will encounter on this trail. This ultimately forms the third milestone and is a great place to rest and have some hearty lunch to energize you for the rest of the trek.

Next up, the trail diverges and later meets again when it joins the jeep trail leading up to the Kodachadri temple. Making up the fourth milestone of this journey is also the point from where you will hire a keep for yourself to take you on your way down the hill.

From here, there is a rocky trail through an edge of a cliff which ultimately guides you to the fifth and also the final milestone of this mesmerizing trek which is the Kodachadri Peak itself. Here you will come across the Sarvajna Peetha, which is a small temple-like structure made entirely of stone where Adi Shankracharya, the 8th-century Indian Philosopher and theologian meditated.

Apart from this fun fact, grand views all around and the beautiful sunset over the Arabian Sea scatters a myriad of different shades of light all across the vast evening sky, making every single spec of sweat that you dropped making the climb up to this hill.